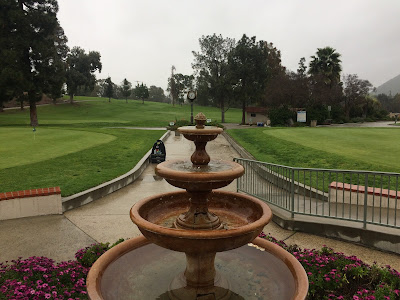 Wilson is one of three golf courses in the Griffith Park golf complex (all of which are named after presidents). Wilson is considered the most challenging of the three and the day I played it was after a long week of rain making the whole experience have a Pacific Northwest vibe.

The front side has a lot of tasty holes on it, none more so than the first hole which is a long par 5 which encourages a player to hit a draw 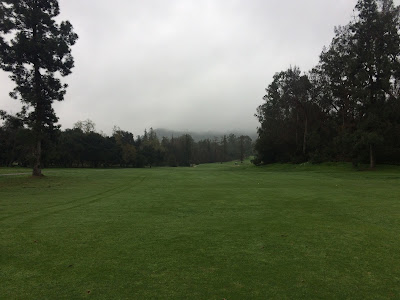 and then hit a faded second shot. 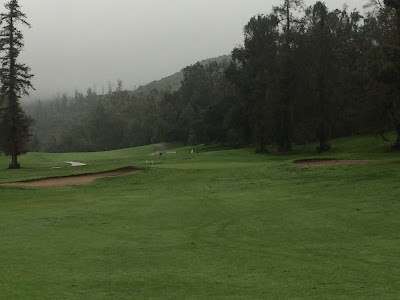 The course ebbs and flows over the hills and while the routing brings you close to the 5 Freeway several times, you never feel on top of other holes like many other parkland courses.

The green complexes are really the stars of this course. While the routing might be a bit straightforward, the greens are anything but. So many ridges, so many tough pin placements. Pray for a kind greenskeeper on the day you play here. 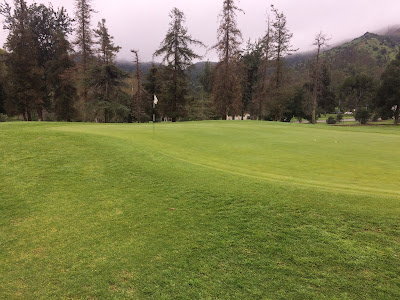 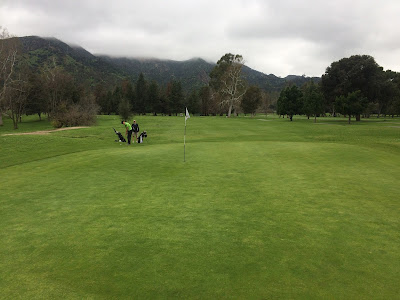 The back 9 doesn't quite have the zing of the front side. Most of the holes are like the one below, a slight dogleg right to an uphill green. 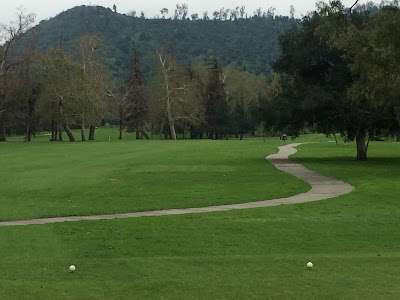 The best of the bunch come late in the round with 17 offering a fantastic downhill hole with a green guarded by a ferocious bunker and shades of the Northwest fill your view. 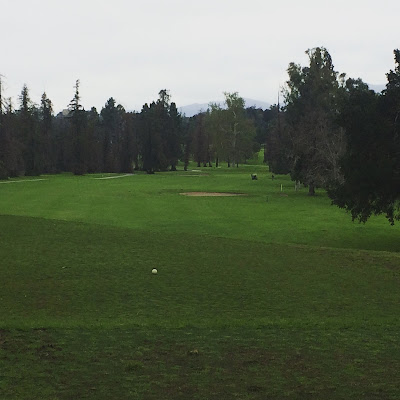 18 is a real beast with an uphill/blind tee shot and then a long second shot over a valley with the clubhouse looming in the background. 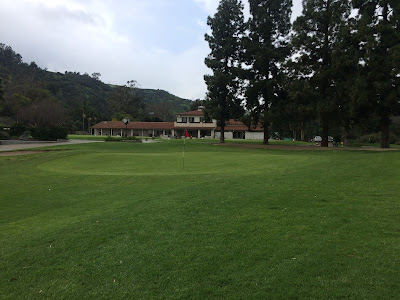 Its a true test to finish you off at Wilson.

Overall, Wilson is a solid city course, one that tests you but is ultimately fair. The routing is fine, the bunkering is fine but ultimately my biggest issue with the course was the round being 5 hours with no marshall in sight. It wasn't slow per se but with tee times every 8 minutes, its no surprise there was a jam up on the front side. I liked Wilson, I'm just not in love with Wilson.

For more info on Wilson, check it out here: http://golf.lacity.org/cdp_wilson.htm 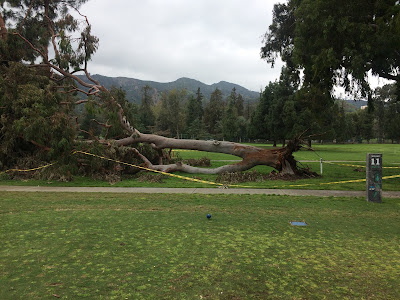