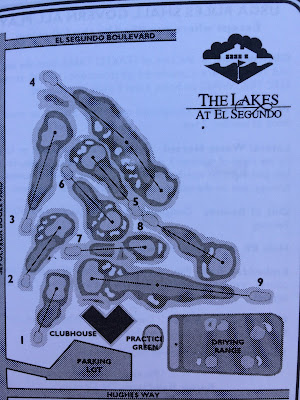 As you are driving to the Lakes at El Segundo, part of you wonders how it can even exist? Several of the holes border Sepulvada Blvd (a very busy road here in Los Angeles) and it seems hemmed in on all sides by other major roads and the run off from LAX. But exist it does and LA golfers are better for the course existing. 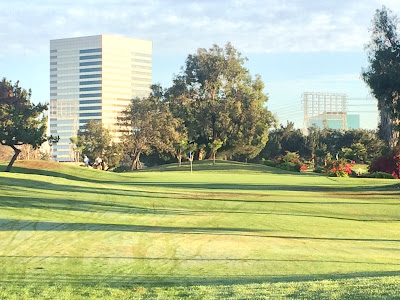 Lakes offers an LA golfer a bunch of short holes (short = sub 110 yards) which sharpens the wedge game and the greens roll true so you get a classic short course vibe. Unlike a lot of short courses, Lakes has a crazy amounts of bunkers, none more so than a 76 yard hole that has huge swales of bunkers in case you are not incredibly precise. 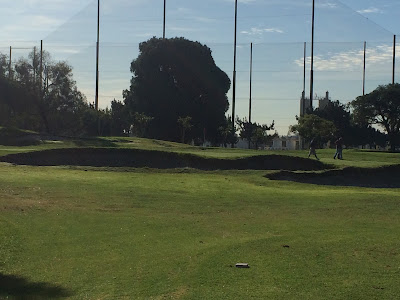 (seriously the entire green is fronted by bunkers) 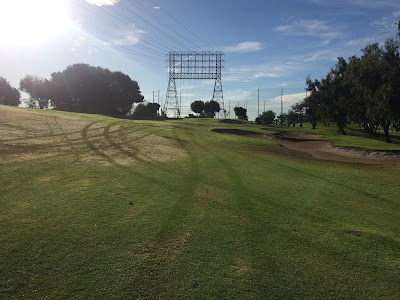 and one downhill with water and bunkers to harass your shot.

Lakes does have some issues, geese have taken over the course and evidence of them are everywhere and the squeezing between the boulevards does affect the yardages so you are making a lot of the same shot for 9 holes. That being said, I really enjoyed my Sunday morning round. It was very relaxed and a good walk in the park! 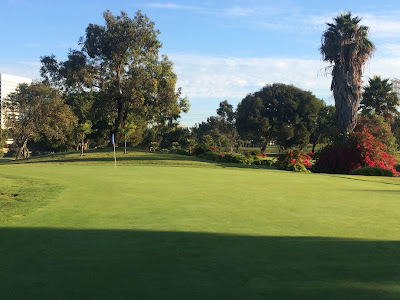 For more information about the Lakes at El Segundo, check out the website here: http://www.golfthelakes.com/Club/Scripts/Home/home.asp
Posted by Pete at 7:04 AM