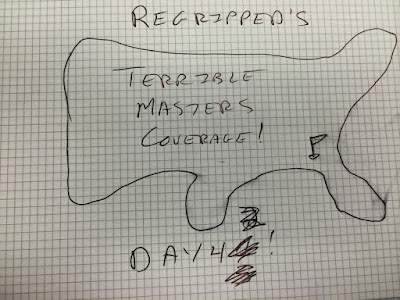 I am not sure what is better, a packed leaderboard or a leaderboard full of stars? Today starts off with Rickie, Justin, Jordan and Sergio all firmly in the mix. Who will win? Let's find out together below!

4:30pm PST: There it is, the unbelievable has happened. After kicking ass on the front 9 and completely falling apart on the back 9 but somehow coming back from the dead Sergio birdies the first playoff hole and wins the MASTERS!!!!

There are winners and losers of the week but recaps seem beside the point given what we have just witnessed. All the props in the world to Sergio.

Thank you everyone for reading this live blog and following my tweets over the last 4 days. See you next year!

4:10pm PST: Welp both missed those putts below meaning we are heading to a playoff. Who knows who is going to win this thing. Sergio has hung tough all day but does he have enough to dig deep for the next hole? We will see. 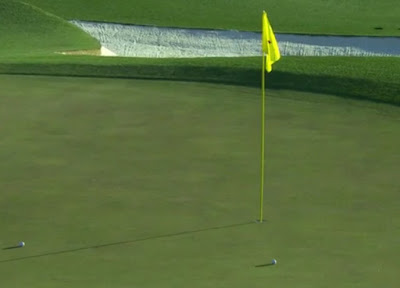 3:40pm PST: Justin makes a birdie and Sergio, who is closer, misses! Justin ahead by 1 although now Sergio just outdrove Justin. Sergio is running out of holes and it probably will all come down to 18. #pinsandneedles

3:30pm PST: INSANITY! First part of the day Sergio could do no wrong. Then the wheels fell off any Justin Rose was totally in control. Sergio battled back, Justin (maybe?) hurt his back and Sergio snags and eagle and a share of the lead heading into 16. Craziness! 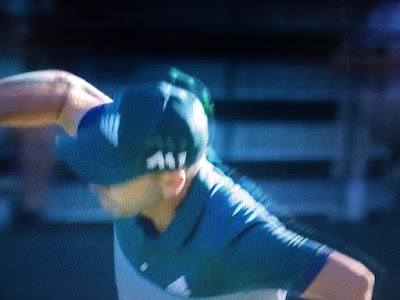 Did anyone else notice these instances? What did you think, penalty strokes and do we need any more Lexi situations in golf?

[UPDATED] Augusta National has said NO PENALTY, strokes and score remain the same.

2:50pm PST: The only thing holding Sergio back in majors was his mental makeup. He has admitted time and time again he is either over it or can't hack it. Here he was, kicking butt on the front 9 and then blammo he runs into a wall of his own doing, Justin makes a few birdies and Bob's your uncle Justin is going to win the Masters. It happened just that quickly.

2:30pm PST: Freddie ends his day with a 72 and +1 for the tourney. Yet ANOTHER Top 20 finish for my favorite of all time. In all honesty I don't think he has 4 rounds in him to contend in the tourney but boy what excitement in wishing and hoping he could. He will always have 92 and all of our hearts!

2:05pm PST: One of the nice things about watching the Masters has been the civility of the fans. Through three days it has been about the golf but on Sunday, for some reason, the patron's voices are starting to be heard. Someone just said on the telecast "ham and cheese" after a Rickie Fowler shot. Early someone had a "babba booey" on the first tee. Honestly, the tournament is not about YOU as a fan, it is about THEM as a golfer. This narcissism absolutely infuriates me.

1:30pm PST: As the Masters is starting to turn into the Sergio show, I have been finding some other cool Masters stuff from around the webs. Exhibit A, a great photo of Augusta's layout to give you a real sense of the property. 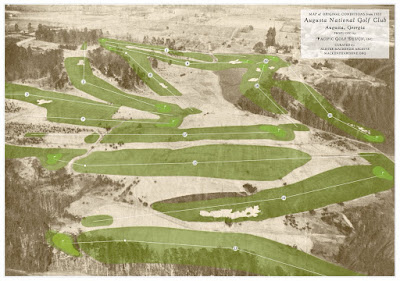 Here is a great article from Golf Monthly about the speed of Augusta's greens.

12:55pm PST: Sergio continues to pour on the gas and no one in the other 4 are either making a charge or are too far back. This is Sergio's tourney all the way.

12:20pm PST: I would like to point out that 4 of the 11 names on the leaderboard are former winners of the Masters. Clearly experience counts for a lot here.

12:00pm PST: Golf like all sports is about momentum and I would argue Jordan's momentum was stopped yesterday with a bogey on 16. Meanwhile with a birdie on 1 Sergio has all the momentum in the world and it's his tourney to lose at this point.

11:15am PST: CBS has gotten a lot of flack recently for not producing a quality golf product where they used to be the standard bearers of golf coverage. Lack of ProTracer, too many commercials and too much in-round filler, indifferent commentary. It sounds like they have listened to many of the complaints starting out of the gates with a lot of golf shots, then the schmaltzy intro then more golf shots. Coupled with the fact that the Masters limits the amount of commercial time then CBS does much better working within constraints. 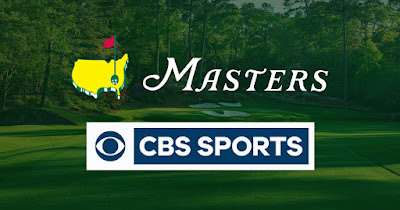 That being said, AGNC has to loosen up and allow for shot tracking technology. CBS should also keep the lessons born from constraints and apply it to the rest of the year. Still though, its the Masters and CBS gets through it and delivers us golf fans the fix we need.

11:00am PST: The Masters is the highest rated golf tourney of the year so of course CBS wants to milk that for as long as they can but at 2pm in the East and the leaders are 45 minutes away from even teeing off? The pace of play this week has been slow (due in part to the abnormal conditions on Thursday and Friday) but whew is it going to be a long day with a such a late start. 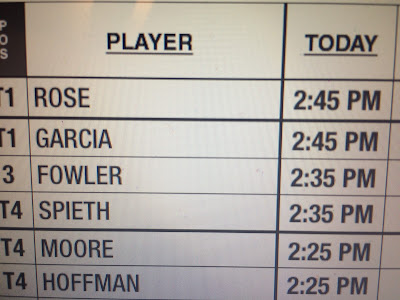 10:25am PST: So word on the street is that Danny Willett is playing at Forest Hills Golf Club prior to the green jacket ceremony and got me thinking, what other courses are in Augusta and ones that you can play during Masters Week?

Forest Hills Golf Club: About as close as you can get to ANGC on a public track, Danny picked a great course to play at today. Their Masters Week special of $160 is a spicy meatball and I imagine event at that price point the course will be packed.
Augusta Muni: On the other side of the street from Forest Hills, the Muni has a very reasonable $50 fee for non-residents. It also seems like a really friendly course having followed them on Facebook.
River Golf Club: Just across the state line in Hammond's Ferry the Riv looks like a classic river course with nice amenities. The course offers an "all in" package with greens fees carts lunch, etc. although rates aren't on the website.
Jones Creek Golf Club: A little bit further away from ANGC, Jones Creek also has a Masters week package but is the most expensive of the options so far, $225 a golfer. That is a spicy Georgia peach.
Gordon Lakes Golf Course: Further afield on a military base is Gordon Lakes. It has 27 holes and a low civilian rate of $27. I am not sure how hard it is to get on given that it is a military base but during Masters week it is cheap and close and worth trying to figure it out.

9:55am PST: Kyle Porter announced that won the lottery to play Augusta National on Monday, one of the few media members who get the chance to after the tourney. Considering how exclusive the course is, I think I have to start looking into getting a press pass (this live blog will get me there right?).

If you want a great write up about media members playing the Monday after, check out this link. http://www.espn.com/golf/masters07/columns/story?id=2838289&columnist=diaz_jaime

9:35am PST: When you think about, can you name someone who has had a more disappointing Master than Hideki Matsuyama? 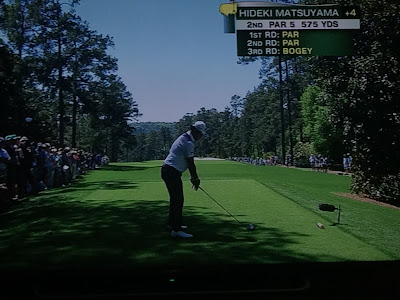 The guy rocketed up the World Rankings, won a BUNCH of tournaments and then over the last month has slowly been getting worse and worse. Still thought, he was a huge favorite at Augusta but he never was in it and currently us at +4 and just going through the motions. If his game is on, he is unstoppable but if he has to grind (a la Jordan), I am not sure if he has the game to compete at Augusta. That being said Hideki is super young and he has plenty of time to figure out the course.

9:25am PST: Good morning live blog readers! It is yet another Masters Sunday and I am yet again blogging my crazy musings to the world. As always the features groups are off first including the ever ageless Steve Stricker. I swear this guy is going to be playing until he is 90. I have yet to get my Masters setup fully in swing but that will happen before the leaders tee off!


All photos, screengrabs and intellectual property are used herein for news and commentary purposes only.
Posted by Pete at 9:24 AM