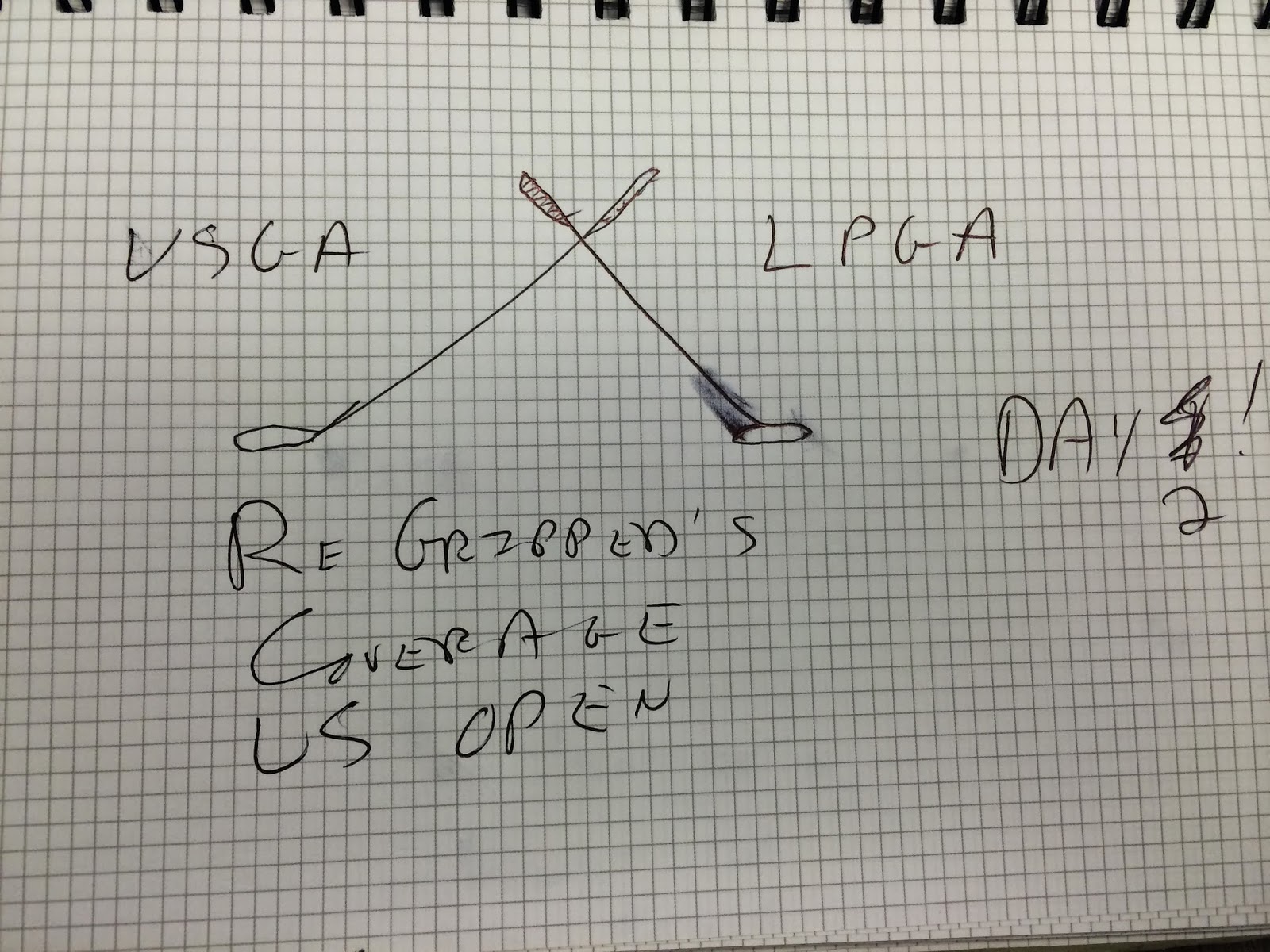 Round 2 of the US Women's Open! Whose Coming With Me?

9:00am: Here we are, another beautiful day at Pinehurst (presumably, I am following a leaderboard on a website in Los Angeles). Michelle Wie is having a good round at even par (only at the US Open is even par a "good" round). Looking down the leaderboard, I am amazed how many international flags are represented on the leaderboard. For all the talk of the NFL expanding into Europe and other sports trying to go international, the LPGA has truly bridged the international divide not only in terms of players but also tournaments. The first 4 events of the year and 7 out of the last 8 tournaments take place outside the country in places like Singapore, Mexico, China, basically all over the place.

10:30am: Michelle Wie continues her great year and finishes her round in first place. She won earlier this year at her home course in Hawaii which featured a nice victory celebration but also a weird hula dance thing. The pouring water/beer thing has become kinda cliched on the LPGA tour but I am much more fine with it than the enforced hula-ing. No one should go through that.

11:10am: Paula Creamer ends the day at 2 over par. She is still tied for 15th place but is not challenging for the top spot as I thought she might. She has been in a lot of commercials recently (she's a pirate!) and may be suffering from some Rickie Fowler disease. If you aren't familiar, Rickie is everywhere, commercials, crazy outfits on the course, boy bands. If you are a professional athlete, please try and make as much money as you can but it may lead your game to suffer, just something to keep in mind.

12:00pm: Aaaaand here we go with coverage coming back on ESPN. Its raining in North Carolina and I love it. You get used to golf being played in pristine conditions but you have to remember golf is also played outside and you have to deal with the rain and wind that come with it. Will be interesting to see how the ladies do with it.

1:05pm: Horrible sports pun 1,345,765 was just uttered when Emma Talley hit a scorching putt that blew by the hole and the announcer said "stop rolling, because she is roll tide" (she went to Alabama). golf is boring to watch on TV but there is no excuse for bad puns. 2:11pm Pun Update! This terrible announcer said that a Canadian should have used a curling broom to get the ball closer to the hole. Not a pun but equally as terrible.

1:45pm: Can I just say how much I love Dottie Pepper and her commentary? Not only is she from Upstate New York (like yours truly) and a Hall of Fame-type career but she really brings it announcing-wise. Great insights and much more even handed then her colleague Judy Rankin (who I can barely stand, she is just so caustic).

2:00pm: So many shots and stories and close-ups of 11 year old Lucy Li who is is playing much better than most of us could play Pinehurst (78 the first day, I wish!). 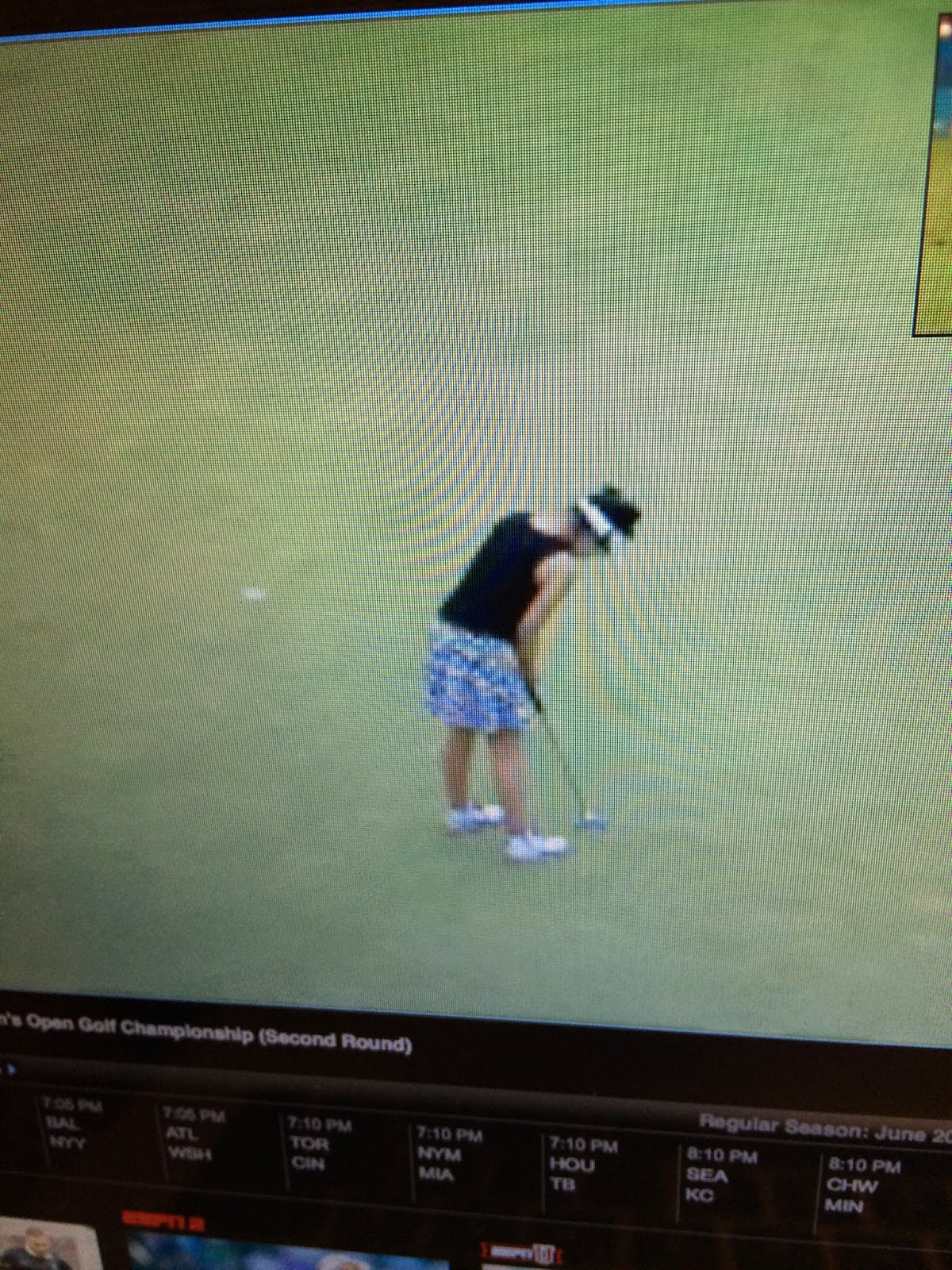 Still there is something weird about seeing a true child hitting and hanging out with adults. She is also a novelty (who can play for sure) but there are tons of golfers playing and yet almost no shots of them.

2:30pm: Lexi Thompson, one of my favorite golfers on tour currently is looking pretty good. 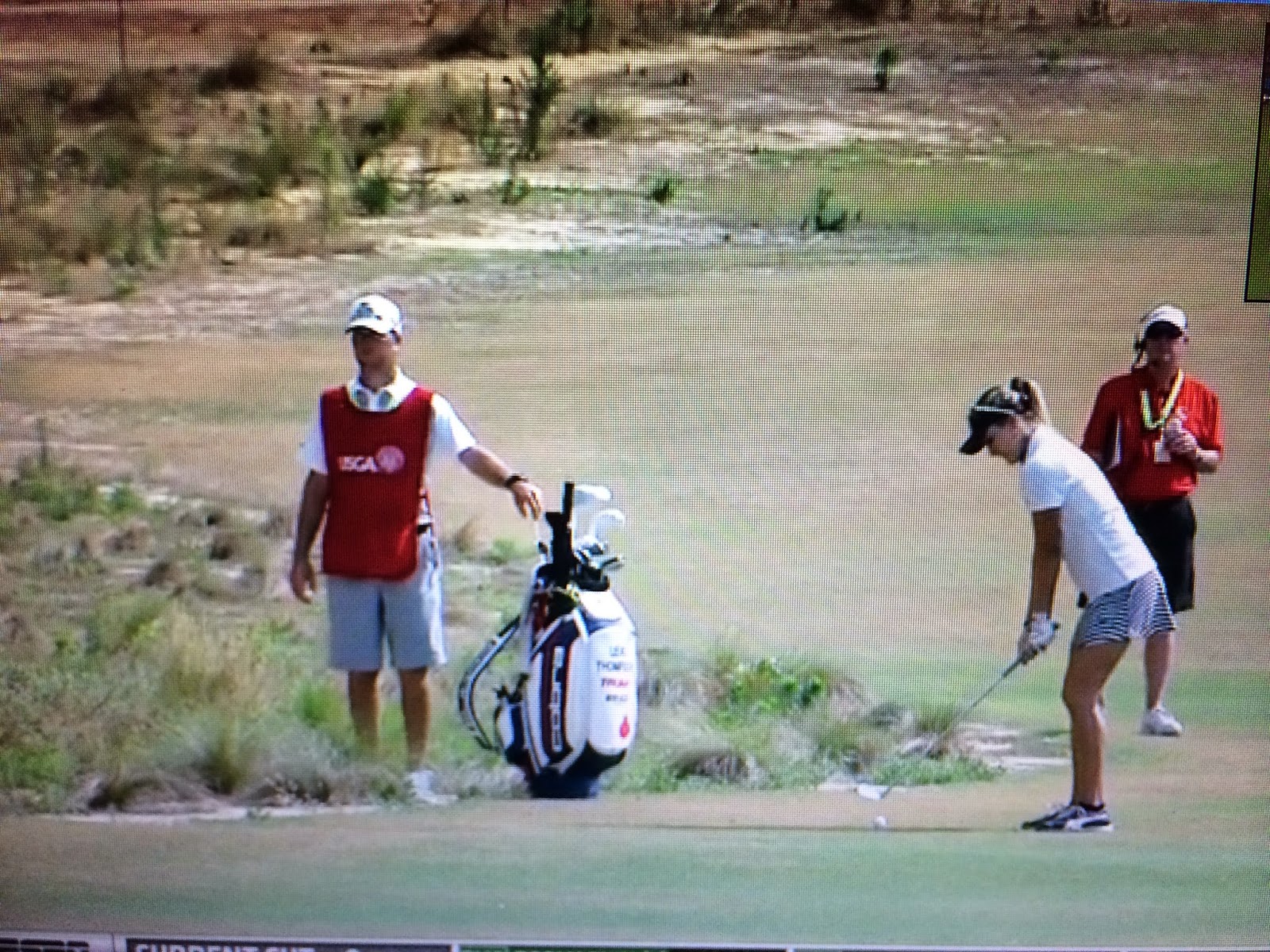 Hovering around +1-2 all day which is putting her in a tie for 6th (at the moment) and well positioned for the weekend. Lexi is only 8 years older than Lucy Li but that gap is all the difference as Lexi is more powerful and has her game together. Its fascinating though the difference between the mornings and afternoon sessions as those going out both mornings have had better scores than the afternoons thus far.

2:42pm: Lexi strings together a few birdies to get into a tie for second. The announcers mentioned how short the course is playing (one par 4 is 227 or something ridiculous like that) and for a golfer like Lexi who bombs it long, that can only help. No surprise her another another long hitter Michelle Wie are at the top of the leaderboard. 3:00pm: Lexi makes it 3 birdies in a row and is on a roll.

4:00pm: And another round is in the books. The cut (meaning the cut off line between people playing in the weekend or not) is an incredible +9 so even if you had terrible rounds, you are still in it. It is shaping up to be quite the contest between Wie, Lexi and Stacy Lewis, who will win?

All images poorly photographed from WatchESPN are their property and their use herein is for commentary and criticism purposes only and no rights are claimed to the copyright thereto.
Posted by Pete at 4:01 PM