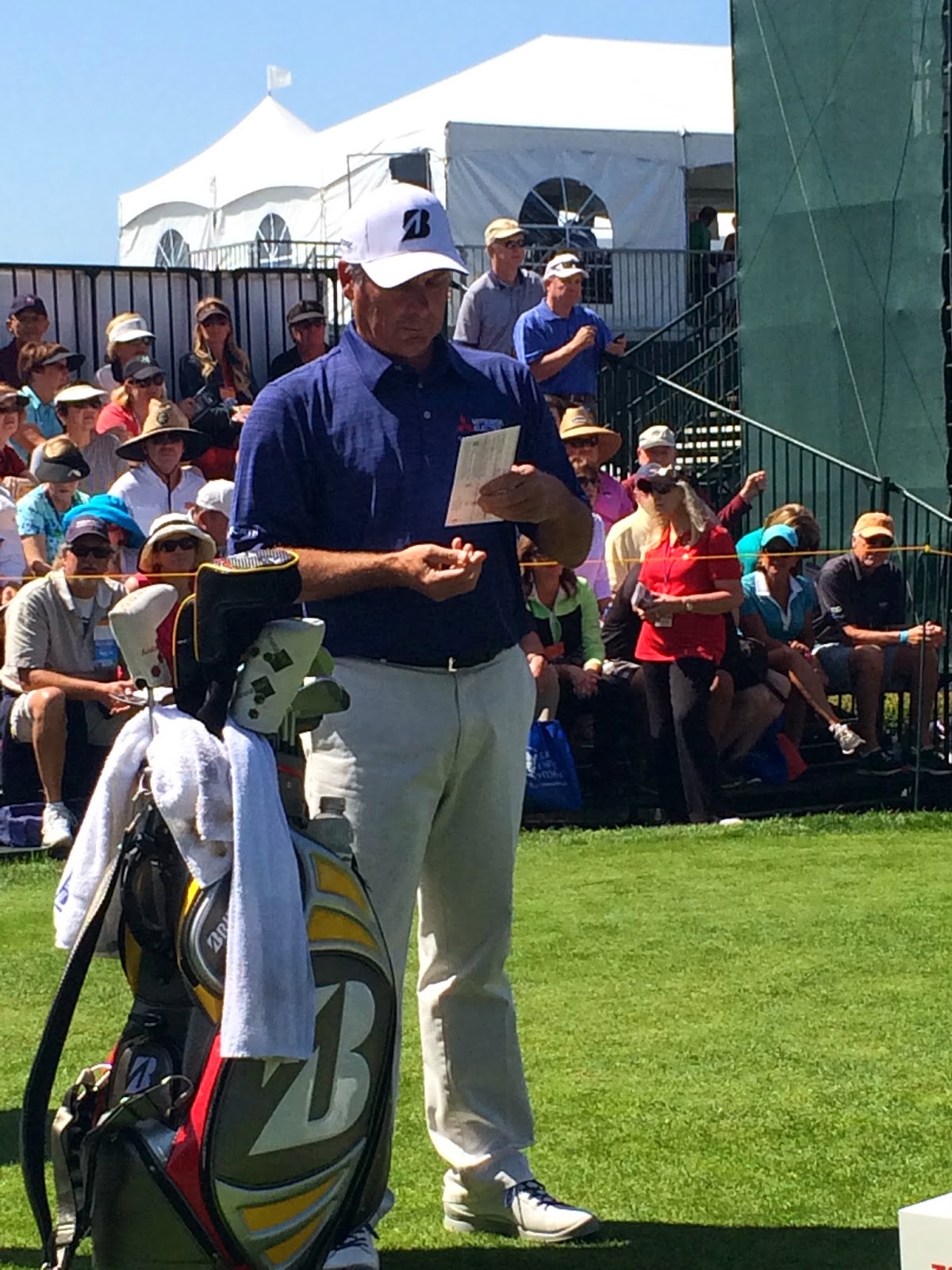 I think most golf fans aren't just fans of the sport but of individual golfers. Much like someone follows sports teams like the Indians in baseball or the Buffalo Bills in football (and God help you if you follow both the Indians and the Bills like me, then you are in a world of hurt) you tend to root for individual golfers.

For me growing up I followed guys like Corey Pavin and David Duval but the golfer who really took the cake was Fred Couples. Masters winner, one of the most popular guys on tour for his easy demeanor and easier swing, and the one golfer whose poster graced my bedroom (I was a deranged child growing up). 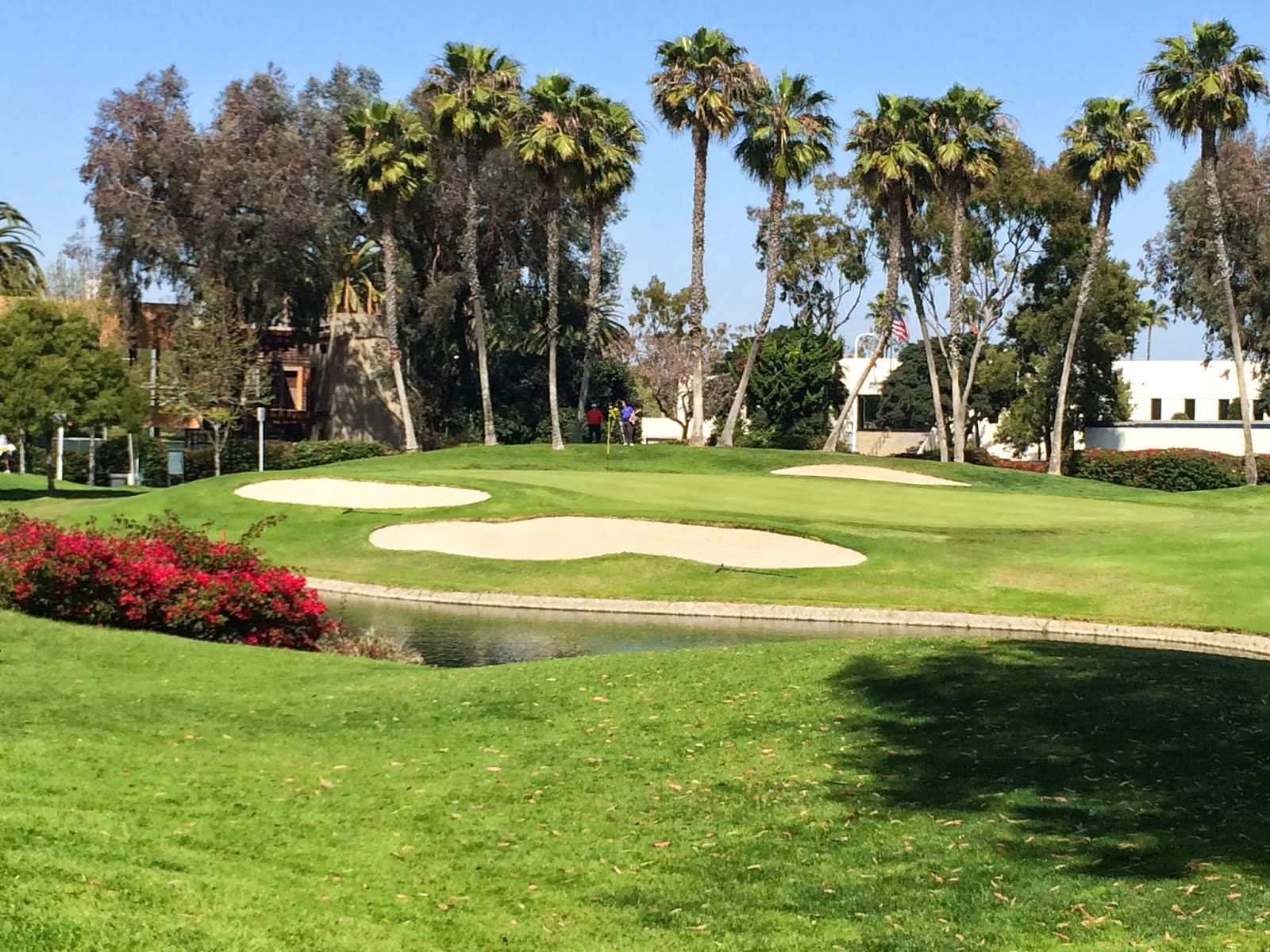 So when the recent Toshiba Classic recently came to Newport Beach here in Southern California with Fred in the field, I knew I had to check out the golf action. 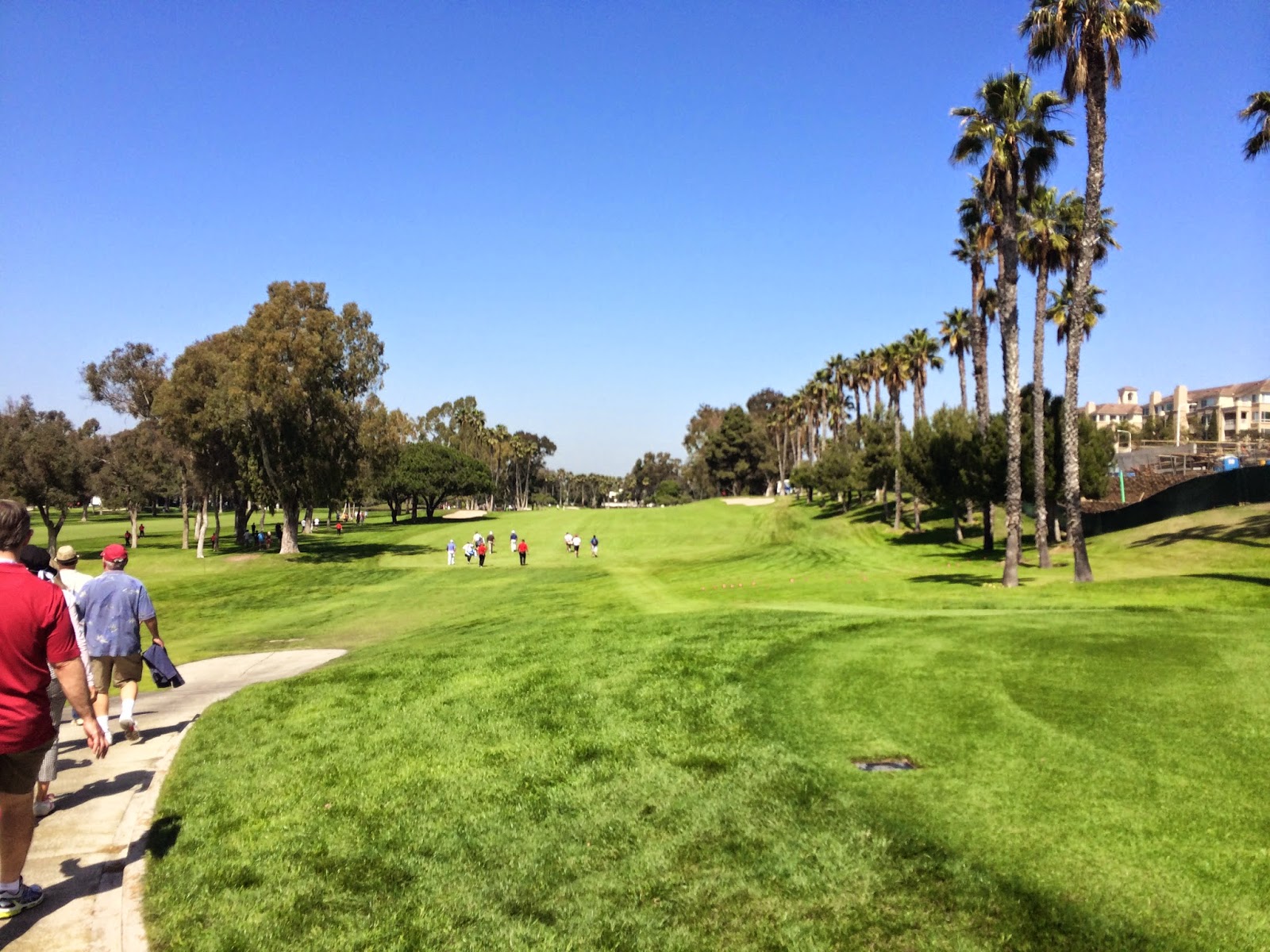 The course was really in good shape and so was Fred. While Fred added some years since the last time I saw him, space-time has done nothing to diminish the length of his drives or how good his game actually is.

I usually like to mix it up, watch many golfers but I wanted to see how Fred approached an entire round of golf. Plus I wanted to see the entire course and see how the other 1% lives since Newport Beach is a private country club.

Walking 18 holes with one golfer is a test for any golf fan, there were only a hardcore few but it was interesting to see Fred have ups and downs just like us (if any of us could actually drive the ball 320 yards) but how he bounced back was a good lesson in shaking off the bad holes and questing for the good.

The course itself was in great shape but rather straightforward for my tastes. Of course, 17 with its water and palm tress is the most picturesque hole on the course so I took many, many pictures. 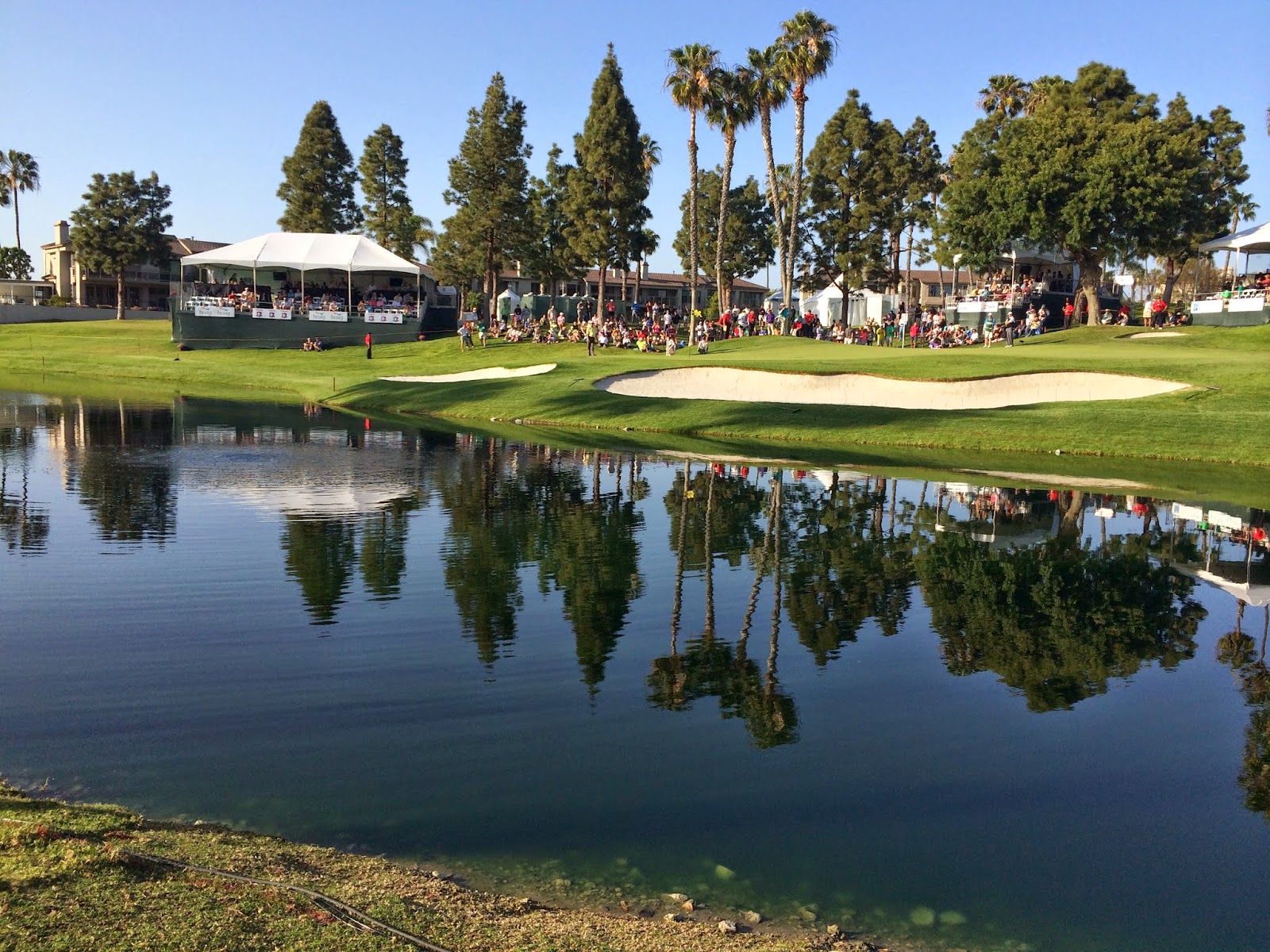 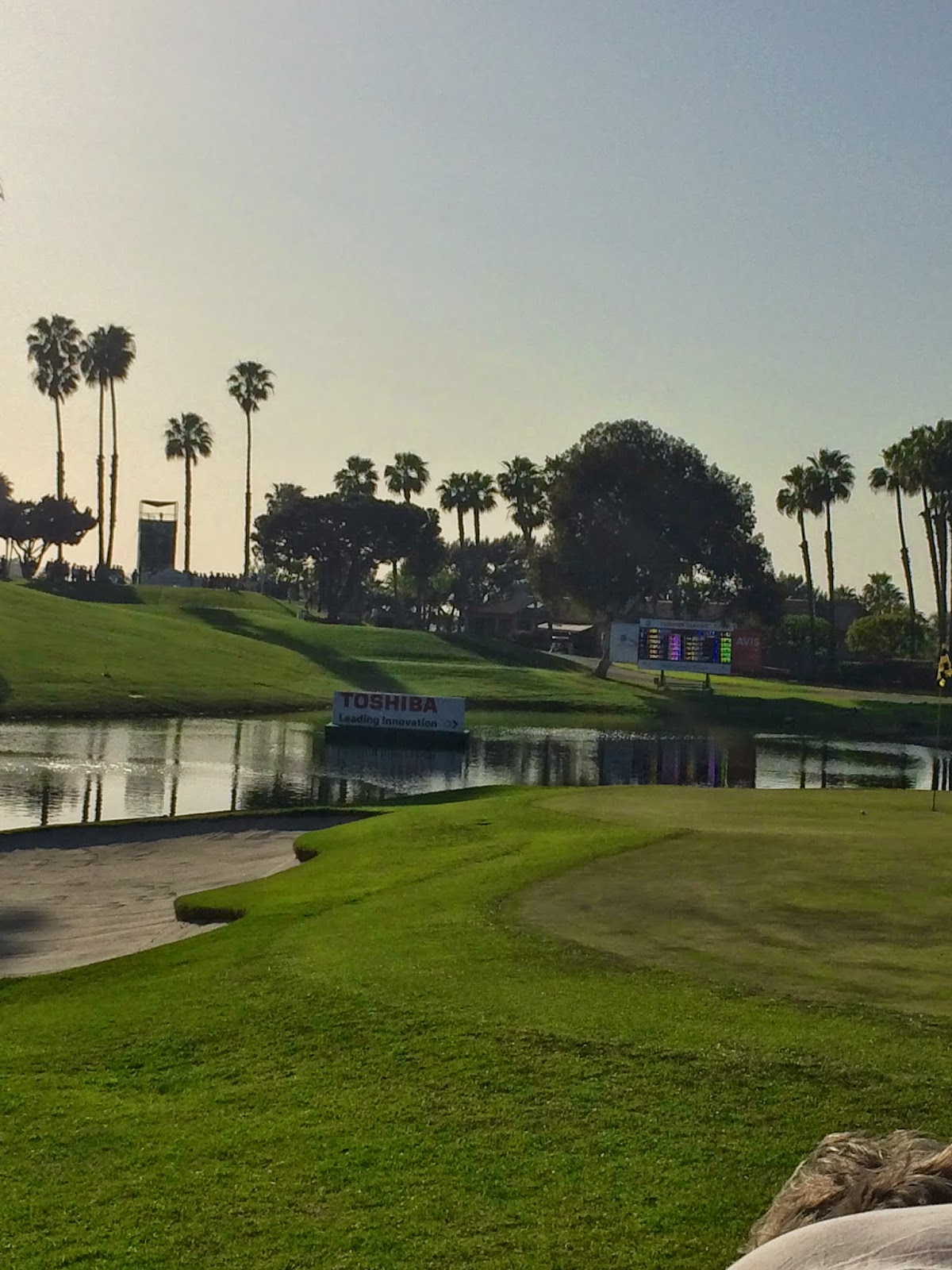 At the end of the round I tracked down Freddie and wished him well on the next round. Boy did my luck my pay off, Fred won the tournament the next day. I am expecting my cut of the winnings any day now. 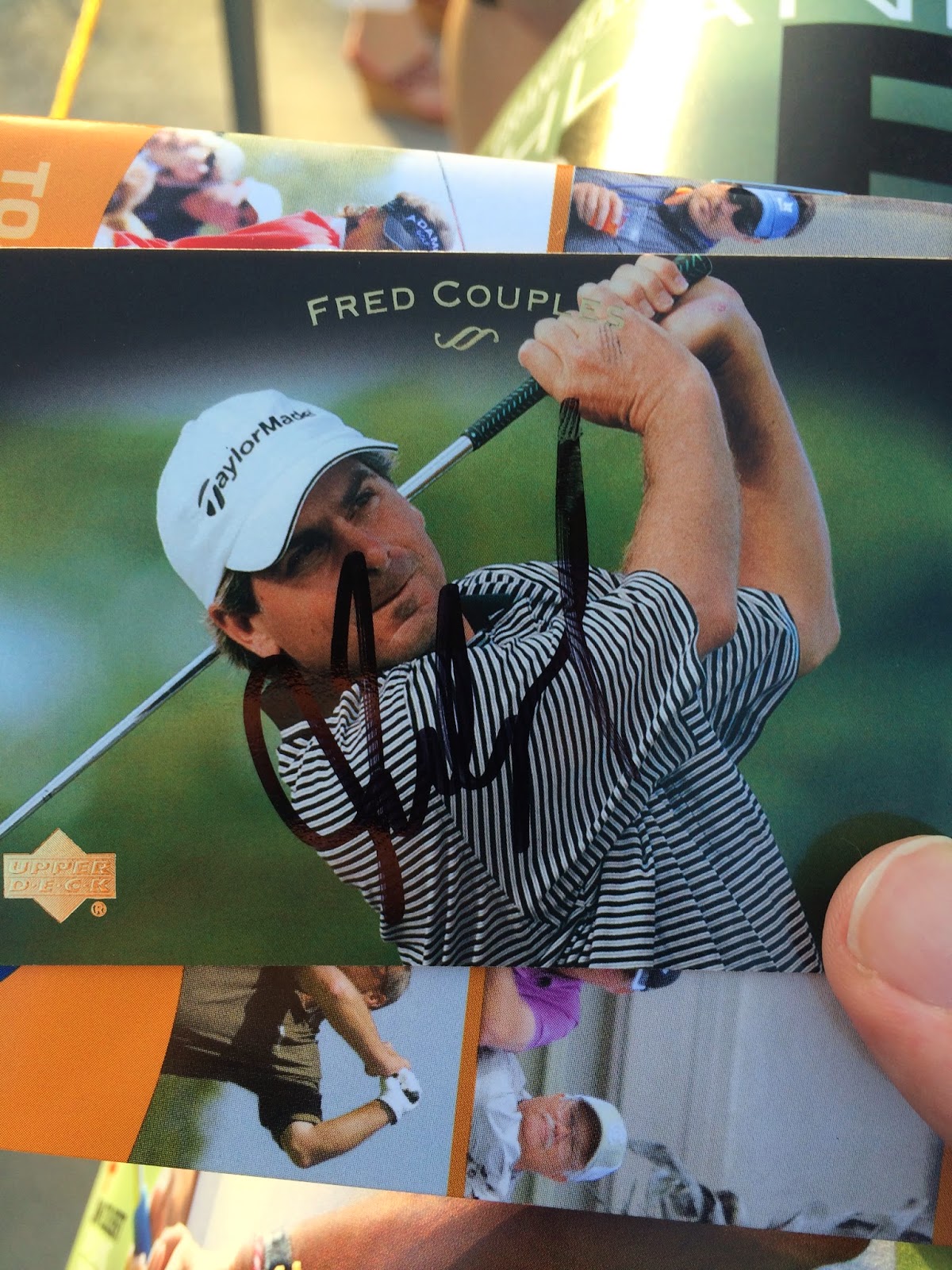