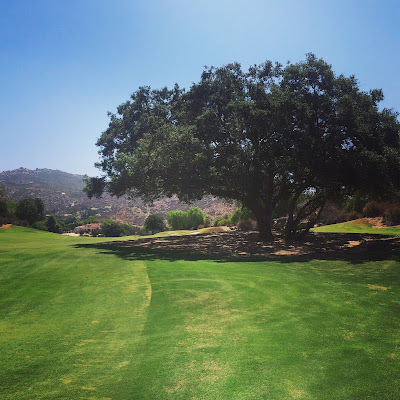 There are plenty of nationally ranked golf courses in Southern California but the problem is that almost all of them are private. Thankfully publications like Golf Digest have compiled rankings of top courses you CAN play and one course consistently in the US top 100 (which is saying something because there are over 15,000 courses in the US) is Maderas Golf Club located in San Diego. 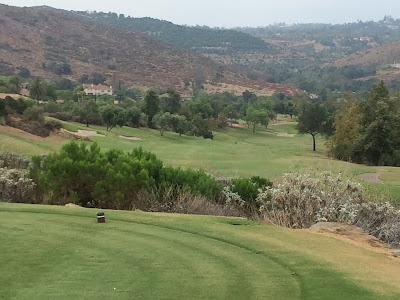 The terrain surrounding the golf course is hilly and Johnny Miller, who designed the course, utilized every aspect of those hills. Often times balls would bounce off hillsides into the fairways or hills would filter balls onto cart paths or other low lying areas. Basically you have play Maderas like you are playing pool, you have to play the angles. 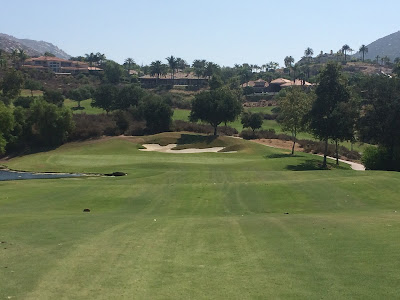 While Johnny clearly used what Mother Nature was giving him, he also bulldozed the heck out of the fairways, many of which have the ribboning that you see above. While I am not usually a fan of bulldozer courses, the hand of man goes with the hand of nature here and the swales fit pretty well into the course. The downside is that there aren't many level lies to behold

The thing that is different about this course is that while it has typical yardages (the blues play from 6,660, the Maderas tees 6,800 and the course can be stretched out even further), the tee shots are often constricted by trees, the hills or water so often me and my playing companions were using 3 woods and hybrids off the tees rather than drivers. The course isn't tight per se but expect to use driver a lot less here. 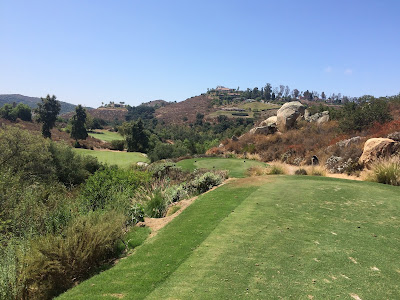 Maderas also gets triple bonus points for having no par 3's with water. See that hole above? No Water! This is such a rarity for SoCal golf and I was overjoyed that Johnny didn't follow the crowd. Water only comes into play on 8 and 9 and a few other holes and it was great to play a course that has its own unique character. 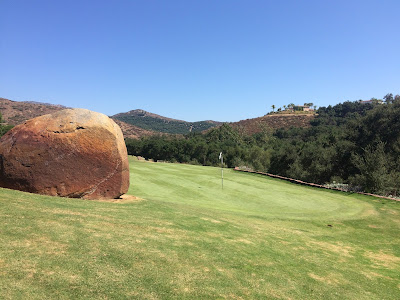 There aren't many downsides to Maderas. The fairways are a bit spongy rather than the expected hardpan for this time of year and the greens were unexpectedly slow (cut long probably so they don't die in the heat) but these are minor quibbles. Its an expensive track to pay but there are deals to be had and if you get one, you really should check it out.  Troon, which manages the course, runs a first rate course, the golf shop is stocked with great gear and friendly staff and the pace of play does come to less than 4 hours a round, which is much appreciated.

Overall, I really enjoyed my day at Maderas. The design of the course was interesting and engaging, the conditioning was great and there was a relaxed vibe at the club which should put you in a good mood, a rarity for golf courses.

For more info on Maderas check it out here: http://www.maderasgolf.com/the-course.html 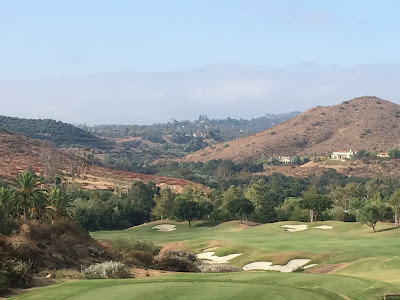