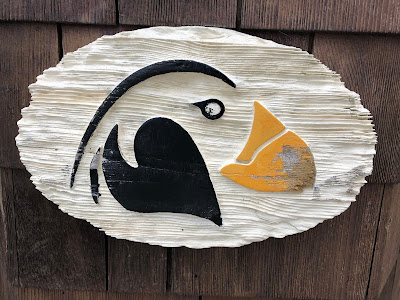 Old MacDonald at Bandon is an outlier in many ways. Out of the four and a half courses at the resort, the course mostly resides in a meadow tucked between the dunes and forest rather than going over or through them. Additionally, it is the only course that is more of a tribute to the former designer CB MacDonald than the expression of the unique imagination of a current golf architect. So what are we to make of Old Mac? 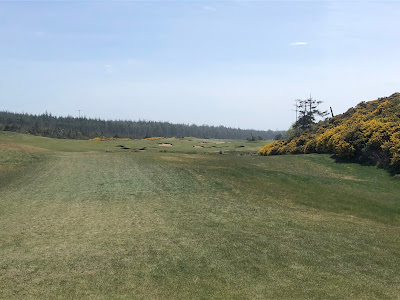 Old Mac lays out everything in front of you. You can see the fairway bunkers and the lines needed to get to the green. There are some undulations and very few blind shots like Bandon or Pacific Dunes. There aren't advantageous options to attack the holes like Trails provides. It is just you and the golf course. Can you hit a shot straight and long?

The course has one main defense, the greens. The greens have tons of false fronts and undulations. 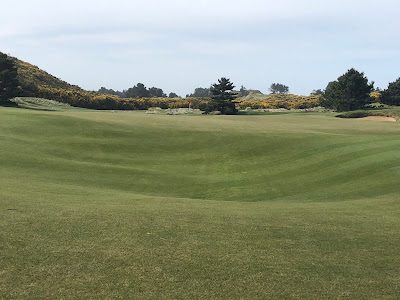 The greens are paradoxically huge but the target areas are small because you need to hit the green with a precise shot or you are rolling off the other side. The greens also had a weird sand to grass mixture and were tough to read and putt. Most of the other greens at Bandon had a Chambers Bay-type grass mix which rolled true until getting to the hole and then the ball would do a Bandon-jack and start drifting with the grain. The greens at Old Mac were mostly slick sand that admittedly didn't fit my eye.

That being said, don't go into those fairway bunkers because those things are deadly if you find yourself in one of em. 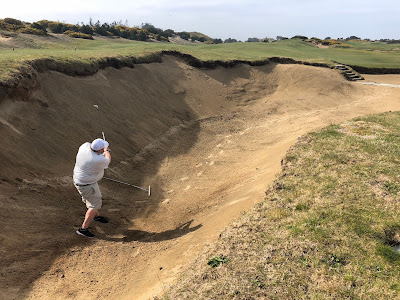 Old Mac does have 2 holes that break the mold of the other 16 and are among the tops of the resort. The first is the famous 3rd. A blind drive over a hill with the aim point, the huge Ghost Tree that has become an icon of the resort. 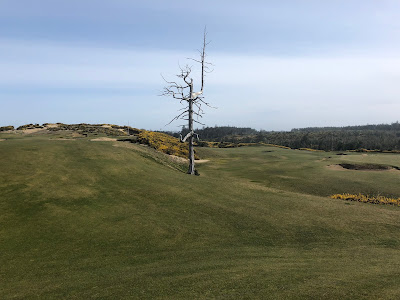 The other fantastic hole winds up the hills and topping out on the aptly named Ocean hole. There are plenty of ways to attack this green and you will spend minute after minute trying all different ways to stay up on the green with these views. 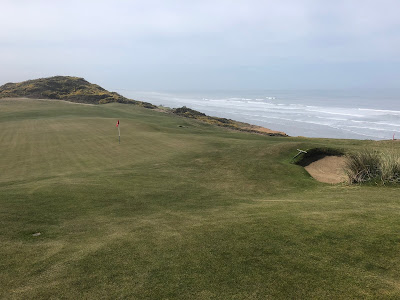 One of my playing companions said that Old Mac would be the best course at any other resort but at this resort it is the bottom of the bunch. It is a backhanded compliment but a compliment nonetheless. The course doesn't impress visually but will challenge all of your skills. It is a classic Scottish course but yet it is plopped on the west coast of America, quite the feat.

For more info about Old Mac check out this link: https://www.bandondunesgolf.com/golf/golf-courses/old-macdonald