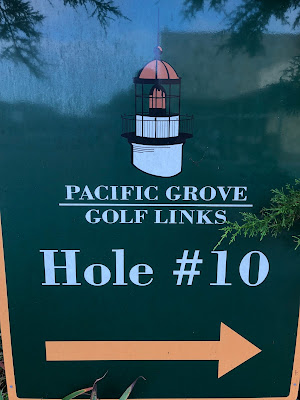 I have always dreamed about living in Monterey. Living amongst the pine trees and the beaches, it would be a good life, filled with golf. I would hope I would be invited to become a member of Cypress or MPCC but more realistically if I was living there I would play Pacific Grove all the time.

Often called the "poor man's Pebble", PGGL offers a golfer a taste of what ocean/dunes golfing is like by an incredible back 9 set amongst the roaring sea.

The routing starts off with a short par 3 which is unremarkable except that it is right next to the lighthouse which is super cool. 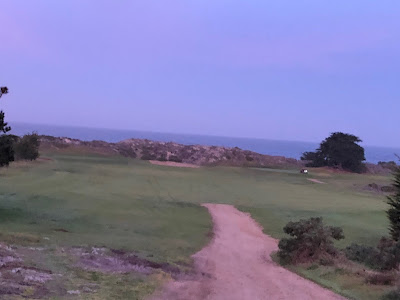 Then you have a short par 4 that ever so slightly doglegs left and you can see the dunes rise up like a great wave behind the green and you know you are in for something special. 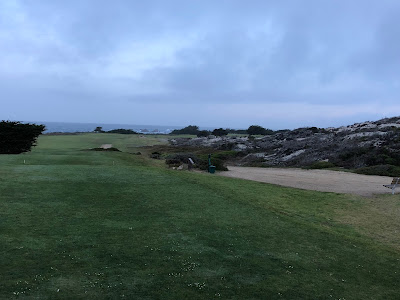 The twelfth hole is really a superstar amongst the bunch. A dogleg left with the sea to your left and dunes menacing to your right this hole has it all and you want to play it over and over again.

Let's talk about those dunes, they are everywhere and the fairways are like little green snakes slithering between them. In seeing Pebble, Spyglass, MPCC and a glimpse or two of Cypress, I would say this course is actually much more like MPCC or Cypress with its dunescape than the Pebble courses so if you want a taste of the private life, play here. 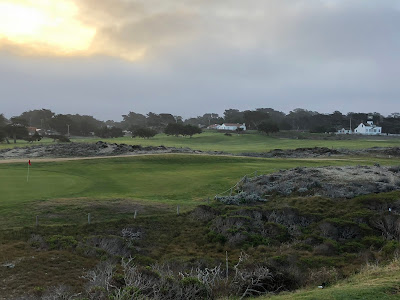 The greens were the most surprisingly element of the course. Despite early morning dew, they were hard to hold, putted much faster than you would think and required more layup and hope it runs out type of shots. 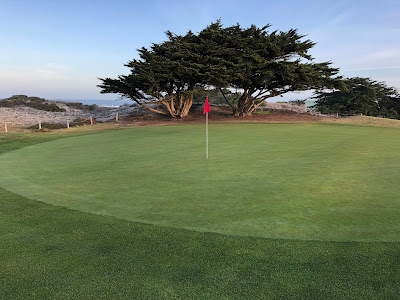 Another standout hole is the 16th which angles back toward the sea and features a very trick green which was recently expanded to provide more devilish pin placements. One wishes this was 18 but alas is not the case. 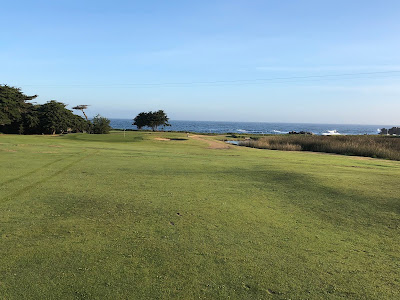 The 17th hole is also framed by the ocean to the left but one has to navigate a shot over a pond to a par 3. The 18th is a short par 5 to an elevated green. Looking at the driving range to the right of the 18th which has dunes in it (what a wild range!), one wonders what could have been if the course routed 18 over the dunes rather than making it a range. 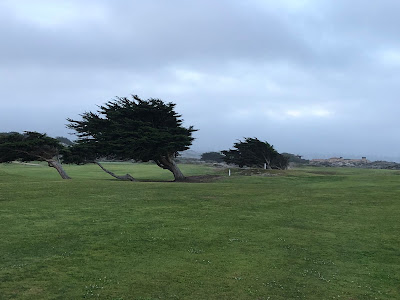 Yes, I did not play the front side of PG, an issue I am going to remedy at some point in the near future. Still the back 9 lived up to the hype and if I was lucky enough to live in Monterey, I would be playing here ALL THE TIME. The course is just that good.