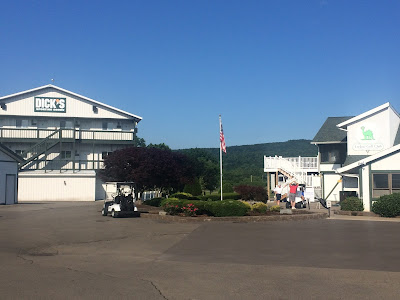 The Southern Tier of New York is a beautiful area of the country. Rolling hills, friendly people and the home to wondrous little sandwiches called Spiedies. A golfer may think there is nothing but hills and chicken sandwiches in this part of the state and would speed on by but in Endicott, New York there lurks one heck of a golf course, the En-Joie Golf Club. 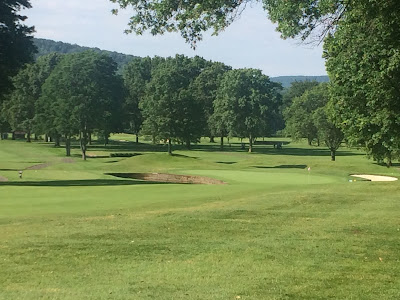 Home for years to the PGA Tour's BC Open (and now the Champions Tour Dick's Sporting Goods Open), the golf course is a true championship course that is also fun, a rare combination! Above is a picture of the first hole which features a blind tee shot, difficult section shot but all imminently gettable to the average hack.

I don't like parkland courses typically because I don't like holes that are laid out like layers of a Dagwood sandwich but En-Joie is the one course that I love because the holes offer such variety and the course has been routed in a clever way to limit the stacking as much as possible. 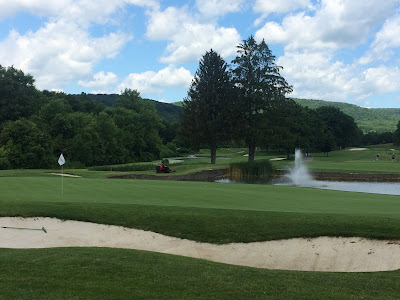 Adding to my enjoyment of En-Joie (get it, get it?) was the fact that the conditions were some of the best that I have played in many a year, whether in the Southern Tier or around the country. The grounds crew deserves all the credit in the world for having the fairways lush, the greens rolling firm and true and the rough in playable/hackable shape. This is no small feat as the course has a history of flooding from nearby rivers and was even underwater earlier this year.

The course offers a beguiling mix of holes from very short par 5s to long par 3s to picturesque par 4s. Some championship courses are long and hard. Some are short and narrow. En-Joie is the perfect mix of all of those concepts but most importantly it is fun. 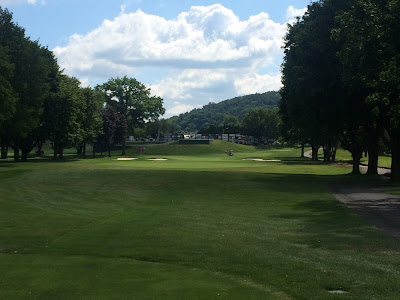 The best hole on the course is the 16th which is a long par 4 that has trouble (to say the least) down the left leading to an elevated green and one heck of a closing hole. 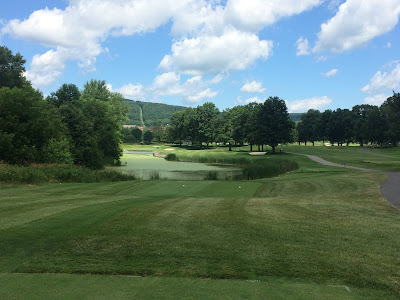 The second best holes are the two closing holes, 9 and 18. Too often golf courses don't end on a high note but rather a tough note. Each of the closing holes at En-Joie parallel each other but offer differing tests all leading up to the huge tournament clubhouse. 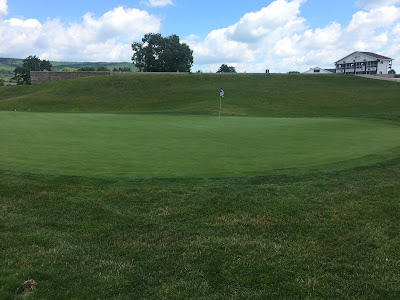 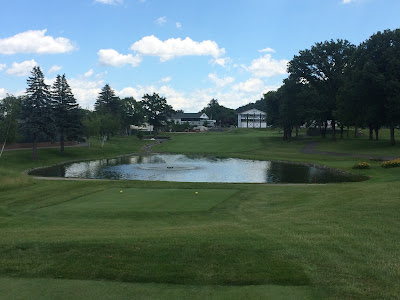 The residents of Broome County are luck to have such a course there, especially with an unbelievable membership package available (I would be one in a second if only for the fact I live in California). If you are in New York this Summer, this is the course to play.

For more information on En-Joie check it out here: http://enjoiegolf.com/
Posted by Pete at 7:01 PM