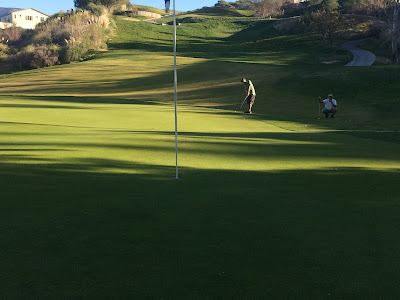 Nestled in a canyon with housing developments on either side, Redhawk welcomes golfers to try out its crazy greens in Temecula.

The course itself is in pretty good shape, green where it needs to be 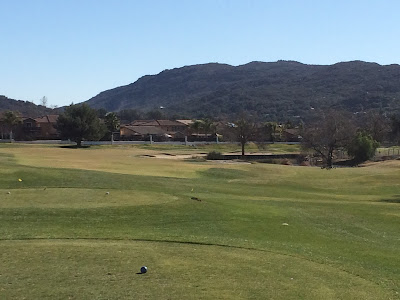 and with strategically placed bunkers that challenges tee shots and approach shots alike. 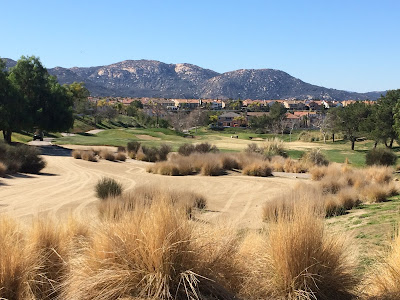 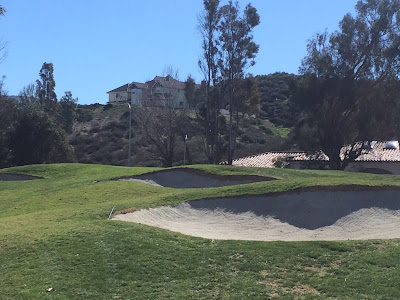 However, what I want to talk about when you talk about Redhawk are the greens. Many greens are not so much greens but rolling hills and god forbid if you hit your approach shot on the wrong level! There was a tournament going on the day I played and I experienced true Sunday pin placements with most pins cut on the tightest part of the green. This makes chip shots supremely difficult as the greens were also cut relatively fast. 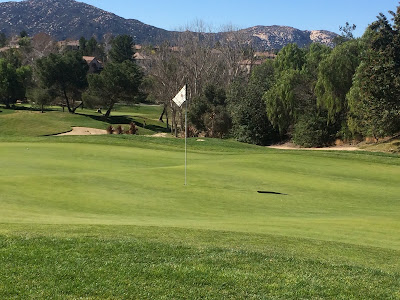 This isn't necessarily a slam against the greens there its just that you have to know what you are in for. The fairways and the set up is rather unremarkable but knowledge of the greens is paramount if you want to score on this course.

The other interesting feature were the par 3's. Each one brought its own unique challenges and were very picturesque. I think this one has to be my favorite (with an Augusta National-type bridge to boot!) 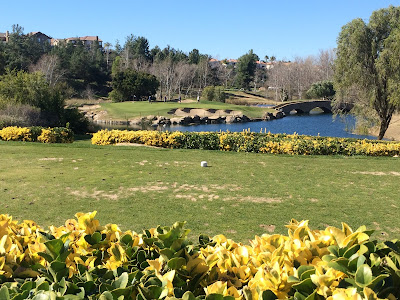 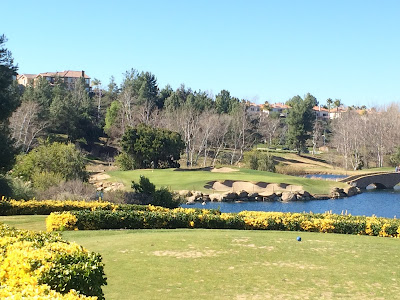 Overall, if I am being honest, Redhawk was not my favorite. I felt the greens and the pin positions were too punitive and the par 3's do not make up the entire 18 and given Temcula's distance from LA I am not going to be gasing up to go back anytime soon. That being said, the staff was very friendly and the course is in good shape so if you are in the area, roll the dice and try your luck on the greens.

For more info on Redhawk check out the following: http://redhawkgolfcourse.com/
Posted by Pete at 7:05 AM