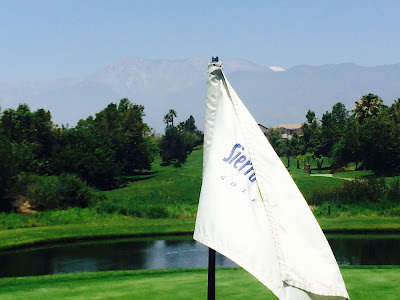 While I may live in LA, I will travel far and wide for a good golfing experience, due in no small part to how crowded LA City courses are. In poking around the world wide web I came across great reviews of Sierra Lakes in Fontana California so I hit the 210 in search of golfing adventure. 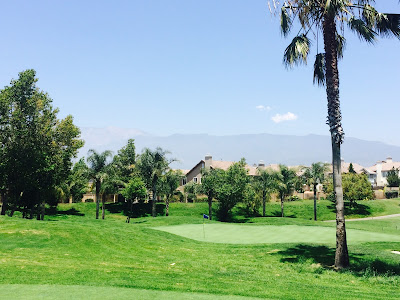 The first thing you notice about Sierra Lakes is that it is in the Sierra Lakes housing development. So much so that not only do you get the quintessential ring of houses around the course like you see in similar developments of Florida or Texas but you have to drive through several intersections and subdivisions to get to different parts of the course.

Whether this is good or bad is dependent on your point of view but at least the houses were recessed enough to not make you feel claustrophobic. I also had a small child ask me if I wanted to buy four golf balls for a dollar which made my day.

In what I can only describe as an odd trend, the course doesn't have much water except on par 3's (much like TPC Valencia). 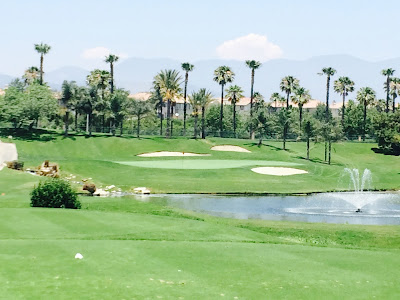 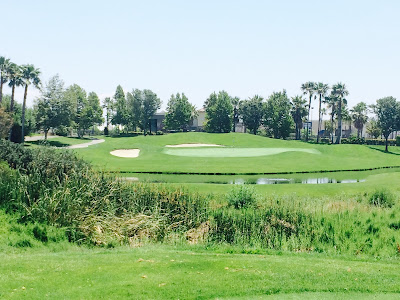 It certainly makes for a hair-razing shot over the water but I ended up making par on both holes so my ball remained dry.

I was really fortunate that Sierra Lakes has a pretty liberal playing policy as I was a single and was allowed to go out early and golfing by myself was a great treat. I ended up joining a twosome toward the end of the round as the course ends with a par 3 and then par 5 and was getting a bit backed up and they were enjoyable chaps. Everyone at the course was very nice and friendly.

The holes were pretty straightforward, from the blues, most of the par 4's were 350ish with elevated greens and most of the par 5's were around 500 or less. The greens were very subtle making up most of the challenge of the track with terraces and slopes that require a delicate touch. Like most courses, but especially Sierra Lakes, knowing where to place your approach shot is crucial, just because its short doesn't mean you can overwhelm the course. 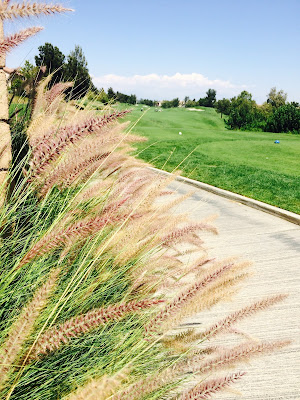 What the course could really use more of is the above, fescue grasses, thus creating more variety of challenges.  Maybe its just the links hound in me but I am becoming less and less enamored by development courses.

That being said, as far as those courses go, this one was great. Fairways in great shape, greens rolling fast, friendly staff and what has to be said a killer driving range. Sierra Lakes is a nice track off the 210 and a great example of California golf.

For more info on Sierra Lakes, check it out here: http://sierralakes.com/ 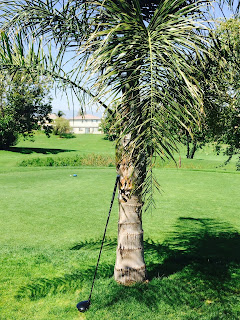